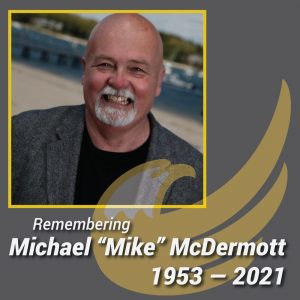 Michael McDermott, the 2014 Libertarian candidate for Governor of New York and immediate past chair of the Suffolk County Libertarian Party, passed away Tuesday after a longtime illness

In addition to his 2014 race for Governor, Mike also ran for Congress twice, in 2012 and 2016, as well as for Suffolk County Legislature in 2019. He also became a candidate for the Hauppauge School Board in 1986 and was elected to a three year term. He became President of the School Board the second and third years, reducing taxes every year as President. Mike was also personally responsible for dozens of Libertarians gaining access to the ballot, both in Suffolk County and statewide.

“Mike meant a lot to me,” said Willian Van Helmond, chair of the Suffolk County Libertarian Party. “He gave me back something that the town Republican Committee took away from me when I first ran for office – my Constitutional right to run. Mike was a great man, a man of integrity and of liberty. I’ve learned so much from him in such a short period of time, and it was an honor to know him and follow in his footsteps. He will be missed.”

Mike’s passing will be immediately felt by Libertarians not only in Suffolk County, but also across the state of New York. He is survived by 4 daughters and 4 grandchildren.

Via Libertarian Party of New York.